There was a common theme in many of my primary school reports. Term after term, teachers would write something along the lines of, “Paul is always asking ‘why’. He’s extremely aware of his surroundings and isn’t afraid to question what is going on around him”.

Many years later, I was invited to speak at a conference, and I decided to call my session, ‘Why is Nobody Asking Why?’ – the key message at the time being that leaders shouldn’t be complacent with the status quo.

I remember opening the session confessing that I had never really understood the phrase, ‘curiosity killed the cat’ and that before really appreciating what curiosity was, that I’d been a bit scared of it … especially if it was able to kill a cat! I didn’t know whose cat specifically, and although I’ve always been a dog person, I still felt sorry for the cat in question.

Eventually I learned to embrace the power of curiosity … especially in a professional setting. Initially as an employee keen to progress in my career, and later as I moved up the ladder in various leadership positions.

While many leaders are comfortable gravitating towards asking questions around what individual team members are working on, what customers are asking for, or what revenue targets have been met, they often struggle to scratch beneath the surface, by asking why.

Your team members would be fairly accustomed to reporting back to you on the ‘what’. However, when a leader starts to probe more by asking ‘why’, whether you realise it or not, this potentially new level of inquisitiveness will demonstrate a genuine interest in your people, not just in their deliverables. And then, when you encourage your team members to ask more questions in the workplace, you will quickly find yourself fostering a culture of curiosity and this can be a game changer.

By asking ‘what’ too often, it could potentially be misconstrued as being more of a “what’s going on around here?” witch-hunt type of questioning. You probably don’t want your team members to become afraid of this type of inquisition which is typically associated with a controlling manager. When you introduce an element of curiosity, along with some ‘why’ type of investigation, you will find your team members more comfortable and ideally more engaged with you as their leader.

One of the first things a leader should understand is that asking ‘why’ and, in turn, potentially demonstrating a level of curiosity, can in fact display vulnerability … and that’s OK!

Believe it or not, that’s not how it works, and it’s certainly not your job description. Your team members playing at the front line are experts at what they do and when you display an element of open-mindedness and seek their counsel, their respect for you as their leader along with their level of motivation and commitment to the business will increase dramatically.

Before we delve into the power of creating a culture of curiosity, let’s come back to why curiosity is such an important trait for you as the leader.

Being open to change or even embracing uncertainty can actually create more opportunities – for you as a leader, for your team members, and for the business as a whole. Whilst this might go against what you might feel is the more natural position for a leader, revealing a level of curiosity can often mean surrendering control. But this doesn’t mean relinquishing all control, it simply means control in a particular moment – when you are open to welcoming the thoughts, ideas, and opinions of others.

However, when doing so, it’s also important not to judge and consider the benefits of being open to an alternative perspective. Who knows … you might even learn something through a fresh set of eyes! Now that’s curiosity in action.

This is one of the key elements in the role of any leader. It’s almost impossible to fake a genuine interest in others. Your team members can spot an imposter coach/leader a mile away.

Whilst it’s often said that there are many leadership competencies that are innate and hard to develop or learn, this does not apply to curiosity.

If this would push you outside your comfort zone, this is already a step in the right direction. Try being a more curious leader for yourself – even just as an experiment.

As we hinted earlier, creating a culture of curiosity can undoubtedly unlock potential in your team(s). It has been proven that the longer an employee is in a job the faster their level of curiosity diminishes. In fact, some research goes so far as to say that after one year in a new role, employees display zero curiosity. By default, one might say that zero curiosity could align with zero engagement – something you probably want to avoid as a leader. After all, you would prefer team members who see their role as fulfilling a purpose as opposed to simply a pay cheque.

But not in the sense of asking permission / advice type questions such as “What should I do in this situation?”. More like encouraging them to ask, “What could I do here …”, or “What would happen if we …” to challenge the status quo. This will open up lines of communication across the business, improve motivation and team performance, reduce groupthink and the risk of team conflict.

Empowering those around you to be curious is as important as prioritising your own level of curiosity as a leader, so remember to ask questions while at the same time inviting questions from your team members. Although up to now they may have been more accustomed to looking to you for the answers, the evidence of a cultural shift will be when they are just as comfortable looking to you for the questions. 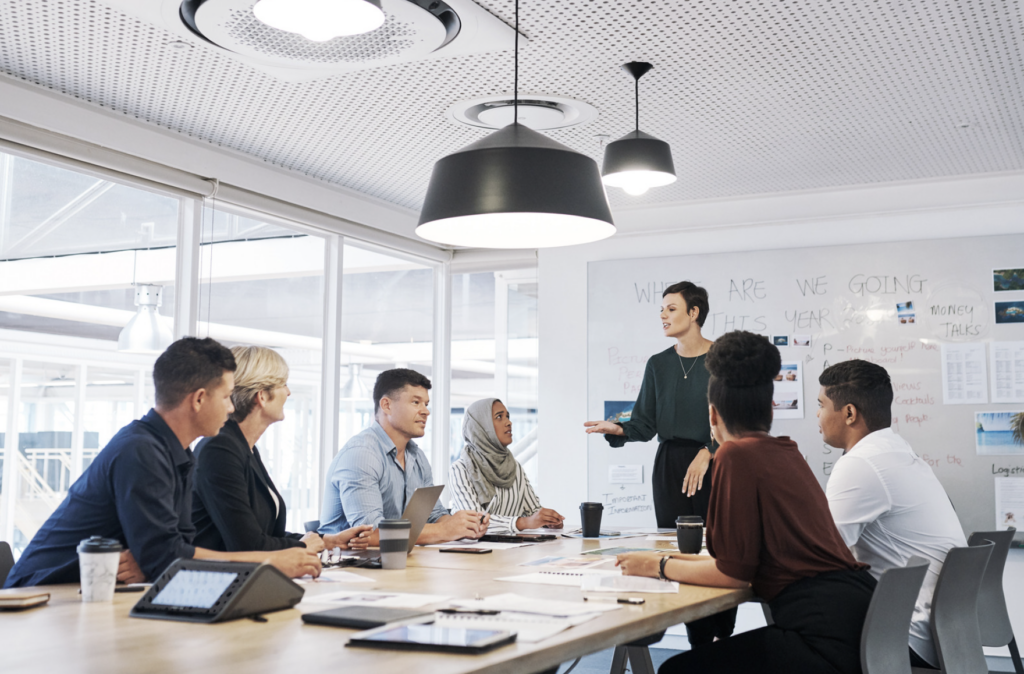 What are the barriers to your effectiveness as a leader?

With the change and uncertainty out there, leaders need to approach each day with a growth mindset, training their brains to make slower, more logical and deliberate decisions.