Transparent communication is key for leaders, nobody wants to be kept in the dark

The workshop in Indonesia had gone very well. But I was also looking forward to getting home, with the Christmas break now just a few days away.

After battling the airport chaos that is only to be expected at this time of the year, I was relieved to see the plane at the gate. I’d had a few experiences recently where announcements were made that we’d be ‘boarding shortly’ but there was no plane to be seen! So, I was happy to see the sign indicating that we would be boarding on time – which we did.

I settled back into my seat and closed my eyes waiting for all the pre-flight rituals.

I must have dozed off and been woken by the sound of a few flight attendant call bells going off around me. When I looked at the time, I saw that I’d been out for about 45 minutes and was surprised to see that we were still at the gate. (I’ve been known to sleep through many take offs, so I had to double check).

Passengers were starting to get a bit narky and asking the flight attendants what was going on. Meanwhile the flight attendants were trying their best to ‘calm the farm’, but after sitting on the plane for nearly an hour and not going anywhere, “I’m sure we’ll be pushing back shortly” wasn’t quite cutting it.

“We just want to know what’s causing the delay and whether we’ll be getting out of here tonight”, one man shouted out from a few rows in front of me.

I did feel for the flight attendants. But the guy was right. Why were we being kept in the dark?

Although we were being asked (told) to remain in our seats with our seatbelts fastened, people weren’t quite adhering to those requests.

“This is the captain from the flight deck”.

“We’re just dealing with a bit of a medical emergency. I’ll get back to you once I have more information to share”.

If people were agitated before the announcement from not knowing anything, the pilot’s update only managed to heighten their anxiety levels. One nervous passenger started getting her stuff from the overhead locker demanding to be let off the plane shouting, “it’s probably a Covid outbreak and I want out”! This rumour seemed to spread through the cabin faster than any potential virus could while the flight attendants did their best to squash it.

About half an hour later, the pilot confirmed that, “the issue had been isolated with the associated bags now also removed from the aircraft, and that we would be underway shortly”.

“Talk about appalling communication from the one in charge”, said the woman sitting next to me.

I wasn’t sure if she was talking to herself or to me, but I just smiled. Ironically this was exactly what I had spent the last two days sharing with a group of leaders working in hospitality – the importance of clear and transparent communication for anyone in a leadership role.

After all, the more you can connect with your people as a leader by gaining their respect and trust, the greater the benefits will be to you and your organisation.

Not wanting to put a dampener on things at this festive time of the year, but it’s probably a good time to remind you that people don’t leave companies. They leave leaders. And one of the most common reasons people give for leaving is because they believe they were kept in the dark.

No matter how big or small your team is, as a leader you need to ensure everyone is on the same page. You need to be able to clearly articulate your plan, the vision for the business, and your expectations. Whether you are talking to your team as a group, or to an individual team member during a weekly 1:1 catch up, you must have clarity around ‘the story’ and the plan ahead. The words you use, how you deliver your message, and the transparency with which you deliver the message will make all the difference to ensuring everyone is on the same page.

Many years ago, I had a boss who told me that as a leader, I could never be accused of over communicating. “Tell them everything or tell them nothing at all”, he would say.

I wonder if the pilot from my flight the other night may have felt somewhat conflicted here. On the one hand, zero communication (silence for over an hour – ‘telling them nothing at all’) had infuriated the passengers. But on the other hand, when he did share what was going on, he managed to create mild hysteria (OK perhaps a slight exaggeration here but done so intentionally for dramatic effect to reinforce the point).

The danger in only telling them half the story though, is that they will fill in the gaps and create their own scenario in their head. This perception will quickly become their reality and that’s a downward spiral in the making and will often result in the wrong people exiting the business.

This means that if you told your team that funding was around the corner and the potential investor pulls out, don’t keep that information from the team assuming they will forget what you told them in the first place. If you tell the team you’re making an offer to an amazing candidate and for whatever reason the candidate turns the job down, bring the team up to speed immediately.

In the majority of teams, too many things are just swept under the carpet on the assumption that people don’t need to know the bad news. That assumption couldn’t be further from the truth.

Having said that, whilst in most organisations there is a desire for leaders to proactively share where the company is at (whether the news is good or bad), at what point does this highly sought-after transparency potentially backfire and make the people you are responsible for feel awkward and uncomfortable?

When communicating to your team, or even to the broader business, understand that communicating transparently can often mean speaking from the heart. Even the most successful leaders are not invincible.

And you know what? Sometimes it’s even OK to ask for help or admit you don’t know the answer to a particular question. Sure, that takes courage, but when your team sees you being courageous, that’s another big tick on the trust board and a win on the transparent communication front.

Of course, nobody wants to be kept entirely in the dark either.

Transparent communication helps to eliminate employees’ fear of the unknown as well as any unnecessary nasty surprises.

Your team members want to know (and have the right to know) the status quo inside the company. They would rather know if things aren’t quite going according to plan rather than being completely blindsided, particularly if the bad news could impact their future within the organisation.

For some reason, there are still many leaders responsible for teams today who view transparency as a weakness; who feel that if they are transparent about the state of the business, that they are losing control and the power they may otherwise have had by keeping information away from the broader business, or by keeping their cards close to their chest.

Leading by paranoia can’t be a pleasant way to run a business either. But there’s a big difference between ‘no secrets’ and ‘spilling the beans’ – particularly when you are trying to build a culture of trust and respect. 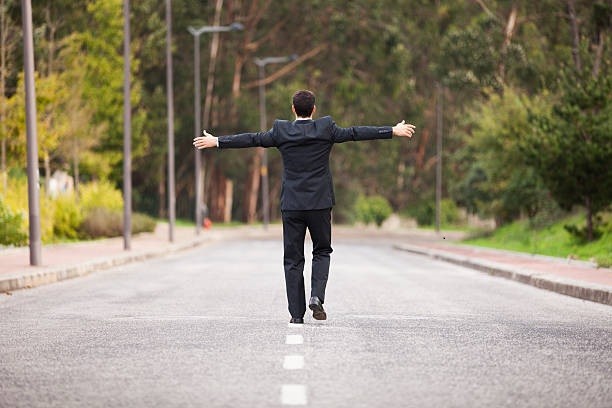 Are you a first time leader? How are you feeling right now?

Congratulations! You've landed your first leadership role. How are you feeling? Slightly terrified? Rest assured, you're not the first new manager to feel like this.