Over the last few weeks, I found myself spending a lot of time reflecting not only on ‘the year that was’ but also on my career journey to date.

It’s been a long time since I’d thought about what it was like starting out in my career, and what my managers may have thought of me back then. I also thought about some of the managers I’ve had along the way and the impact they had in making me the professional I am today.

I reflected on those leaders who saw potential in me, advised me, guided me, trusted me, inspired me, challenged me, believed in me, supported me, respected me, had my back, helped me open doors (or close doors), and helped me carve new pathways into a new job, new city, or new country.

For our first piece of content for 2022, I wanted to share my 7 fondest memories of former leaders, which upon reflection, were also some of the most pivotal moments of my professional career.

1. Being given the opportunity to take the lead

I remember walking to meet a new potential client with my boss. I’d been trying to get into this particular company for a few months and my contact had finally agreed to a meeting. As we got into the elevator my boss casually said, “I’d like you to run this one, Paul.”

I could feel my heart start to race and I’m sure she could see the sweat starting to appear on my forehead! I must have looked mortified, but she then said, “I’ll be here if you need me, but I trust you 100%”.

I can still recall everything about that meeting. How it played out; How terrified I had felt walking into the first ever meeting I would take the lead on; And how excited I had been when we were asked to formally tender for the business.

“Well done, Paul. You were great,” my boss said as we walked out of the building. “Are you up for the challenge to take the lead on the proposal too?”

2. My introduction to Transactional Analysis

As quickly as confidence can be built up, it can also be shot right down without warning.

I’ve shared this story many times before – particularly when running workshops for first-time leaders.

I’d been to meet with a client who was an absolutely horrible person. He’d accused me of being “about as useful as an ashtray on a motorbike” and had made it clear that he didn’t want me to ever bother him again. I had burst into tears as soon as walked out of his office (one of only three times in my life that I have cried in a work setting!).

When I got back to the office, my boss could see that something was wrong.

I’ve never forgotten the conversation we had that afternoon – the way she explained the idea behind Transactional Analysis and how it could be applied to client relationships.

I’m not exaggerating when I say that from that very moment, I never once let any client see the vulnerable side of me again.

3. My first professional moment in the spotlight

I stress ‘professional’ here since I have always enjoyed getting up in front of an audience (ever since I played the role of Hansel in my Grade 1 performance of Hansel and Gretel)!

We’d been preparing for a breakfast seminar for several weeks and we had about 50 clients confirmed to come along. I’d arrived in the office at 7:00am to set up. About five minutes later my boss walked in looking horrible. He was extremely unwell and probably shouldn’t have even come in at all. He handed me a Post-it Note. He’d already written it: “I have no voice. Could you please run the presentation”.

My raised eyebrows must have expressed the “Really? Are you serious?” thought going through my head. He nodded, smiled, and then went home before any of the clients arrived.

That was nearly 20 years ago and since then I couldn’t even begin to count how many workshops, breakfast seminars, conference presentations, or lectures I’ve delivered … while loving every minute of it!

4. A genuine focus on work-life balance

It had been a massive quarter. Not only had I achieved my own personal best results, but I had also experienced my first stint as a team leader looking after two new employees in the business. I’d been working really hard, and I came pretty close to burning out.

I came back to the office from a client meeting one afternoon and there was a Kit Kat on my desk next to my keyboard. My boss had written a note that simply said, “Have a break. (Have a Kit Kat). And please pop into my office when you’re back from your client meeting.”

I walked into his office, and he shared some really encouraging feedback with me. He then told me he was giving me a few days off (and not taking them out of my annual leave) as a thank you for my efforts over the previous three months.

“I can’t have you burning out, Paul. We really need you. And I’m going to tell the new guys not to disturb you at all for the few days you’re away”.

5. Defending me on the battle field

I’ve had a few ‘tough’ clients in my time.

I had been working with one particular client for quite a while and no matter what I did, he would always want to speak to my boss to complain about me. Nothing was ever right for him. It reached the point that when our receptionist would tell me he was on the line, I would physically panic.

I can distinctly remember when my manager called my client (on speaker) so I could hear the entire conversation.

She (completely professionally) told him that we wouldn’t be working with him anymore. She defended me, praised my commitment, my work ethic and explained that he had no right to treat one of her team members like that.

6. A performance review with a difference

Even managers need to have their performance reviewed.

I’d been accustomed to having a performance appraisal every six months and as my team got larger the conversations I would have with my boss at ‘review time’ would get longer, too.

My boss’ office was all glass so while the team couldn’t necessarily hear what was being said ‘behind closed doors’, they could certainly see how long I was sitting in there!

The team had grown quite significantly over a couple of months and when it came to appraisal time, my boss suggested that we do my annual review off site.

“Let’s make it an offsite day”, he said. “We can take our time. It will get you out of the office. There’s plenty to talk about.”

For me that particular performance review was a pivotal moment in my career.

We had some great conversations, and my boss gave me some very valuable feedback (both positive and constructive, too). I have referred to that day in many presentations I have given over the years on the topic of leadership.

7. Knowing I needed a change of scenery

Over the years I have learned that ‘being perceptive’ is a very good trait for any manager.

One afternoon my boss and I went out for a tea, and he asked me how I was feeling about things in general.

We had always had a strong working relationship and I had no problem letting him know that I was feeling a bit “too comfortable”.

“I’ve definitely sensed that, too, Paul. [pause] So how about a move to Hong Kong?”

That question was the catalyst for one of the most amazing adventures in my career.

hellomonday empowers and equips everyone to reach their full potential in a job they love. People who are supported in their development perform better, progress faster, and achieve more.

Who would you consider to be a great leader? Who has made a real difference to you in your professional life? Who has mentored or guided you? Who has influenced your beliefs and professional values? Who showed faith in you, when perhaps others didn’t? Who has lifted you up and helped you achieve more?

Please share your stories in the comments section below. 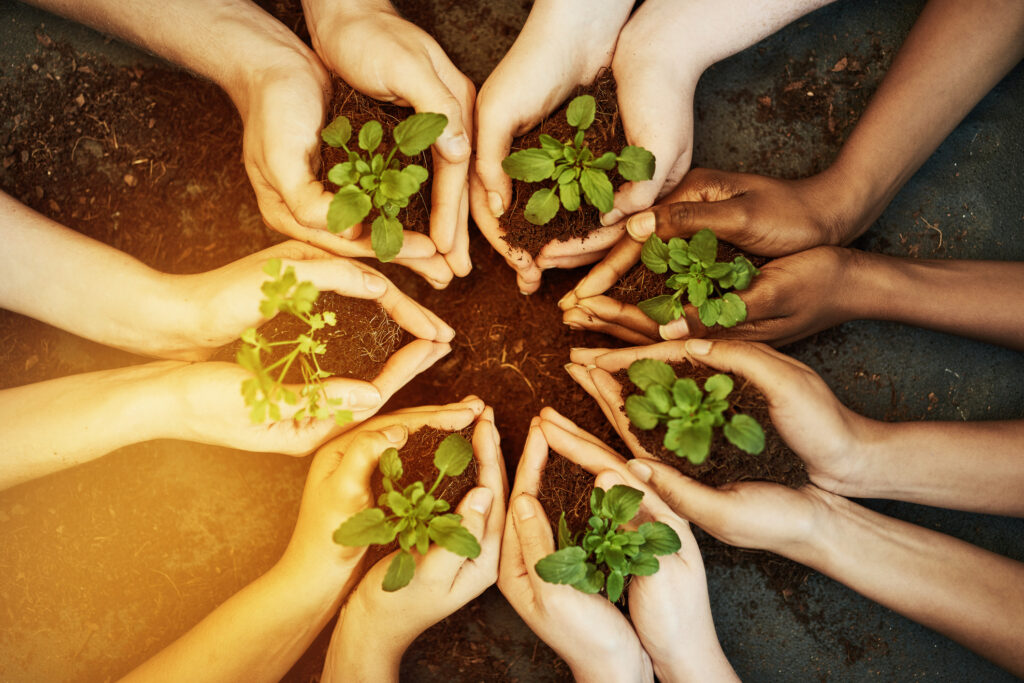 How to create an environment where the team can flourish, and your people can thrive

It's important to create an environment where everyone feels empowered, equipped, and enlightened, and is striving to achieve their own personal as well as team goals. 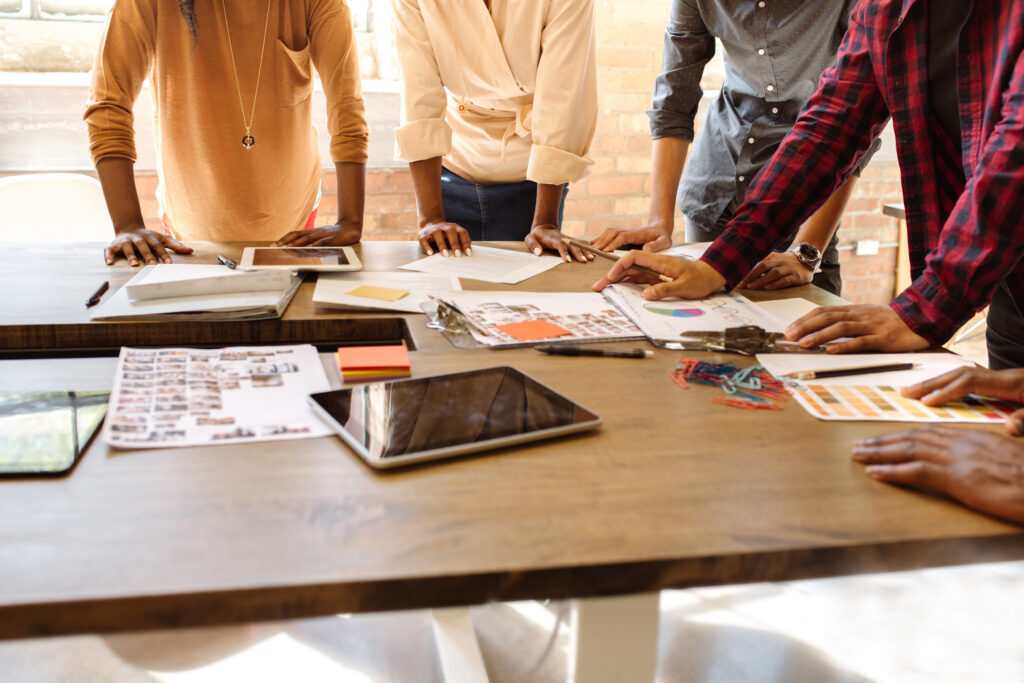 Navigating the challenges of leading across a matrix organisation 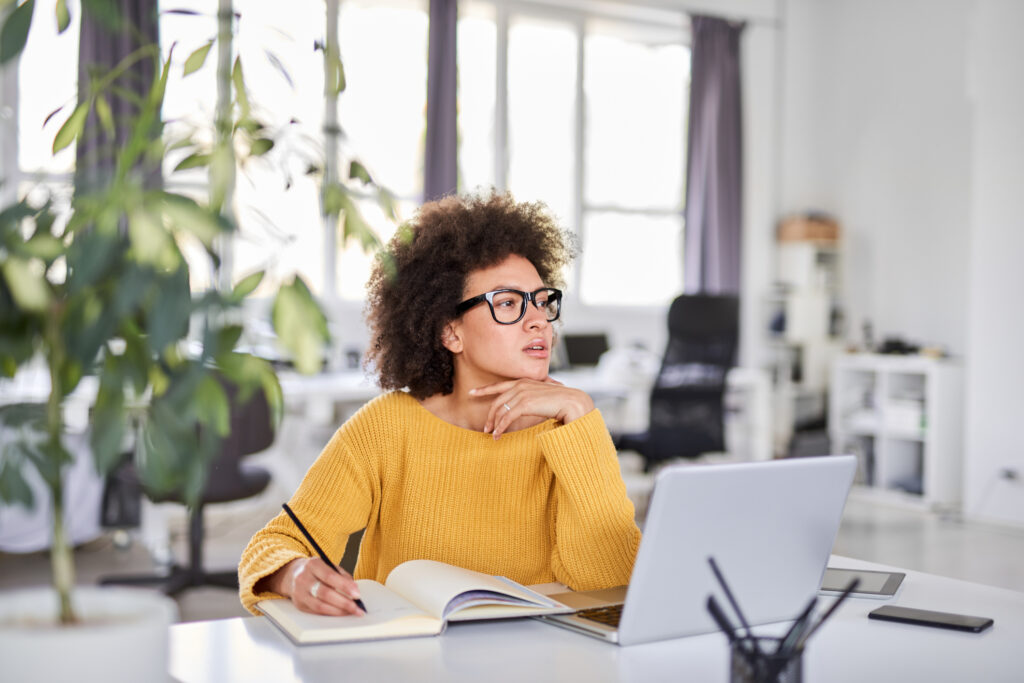 Understanding the importance of emotional intelligence for leaders

Emotional Intelligence is a critical leadership capability. The ability to perceive your own and others' emotions; to understand the signals, whilst managing them successfully.