How to be prepared to negotiate as a leader today

Over the last few months, I’ve run a series of workshops on influencing and negotiating for senior salespeople. The sessions were extremely interactive and included lots of role-play scenarios which even the most proficient salespeople dreaded at first, but then typically seemed to get right into.

As I facilitated each workshop, I kept thinking that negotiating in particular isn’t simply a skill needed by sales professionals but is also a critical skill for any leader. After all, anyone in a leadership position needs solid negotiation skills to help navigate the many different situations they could find themselves in on a regular basis.

I did a bit of research and realised that there is already plenty of material out there available for leaders on the actual skills that help make a successful negotiator (and therefore ultimately help close a deal). So, I thought it would perhaps be more appropriate in this article to share some tips or best practices for leaders on how to best be prepared to negotiate; or how to master this softer leadership skill – the art of persuading as opposed to manipulating or coercing.

In the workshops I made several references to “Getting to Yes – Negotiating an agreement without giving in” by Roger Fisher and William Ury, and “Never Split the Difference – Negotiating as if your life depended on it” by Chris Voss. These are both excellent books with some fantastic pointers. But when all is said and done, negotiation is a strategic back and forth communication designed to reach an agreement when you and the ‘other side’ have some interests that are shared, and others that might be opposed.

Distributive negotiation (also often referred to as distributive bargaining) assumes that one side wins and the other side loses. It’s pretty ‘clean cut’ and isn’t exactly a strategy conducive to trust as it doesn’t focus on a longer-term relationship in any way. Think more along the lines of haggling with a merchant at a spice market in Morocco or sitting opposite a used car salesperson where it literally doesn’t matter if you never see them again.

Integrative negotiation, on the other hand, prioritises the future relationship between the two parties, while striving for a win-win, uncovering common interests, and ideally reinforcing trust. Having said that, there is a big difference between collaborating (ideally resulting in the win-win) and compromising where perhaps without even realising it, you may be leaving ‘something on the table’.

Perhaps when you’re recruiting and it comes to the pointy end of the process – the offer stage; or when one of your team members asks for a pay rise or a promotion; what about when an employee requests a transfer, which would result in you potentially losing a talented key player from your team; or when two people request to take a substantial chunk of their annual leave at the same time – coinciding with a critical milestone in an upcoming project you are responsible for.

Each of these common scenarios shouldn’t result in compromise per se; but should involve collaboration in order to result in a mutual win-win. Here’s how.

For any leader, part of planning out your negotiation strategy should involve considering your BATNA – your Best Alternative to The Negotiated Agreement, which is the option you turn to when the negotiation isn’t providing a better alternative. As the authors of “Getting to Yes” write, “If you have not thought carefully about what you will do if you fail to reach an agreement, you are negotiating with your eyes closed”.

Another handy hint is to consider what the other party’s (eg your team member’s) BATNA might be depending on the situation you are in.

Should you find yourself in a salary-related negotiation (eg at the offer stage of the recruitment process or in a pay review discussion), another acronym you should think carefully about is the ZOPA – the Zone of Potential Agreement.

In this example the ZOPA is anywhere between $6,000 and $7,500. This is also known as the ‘bargaining range’ in which both parties should technically be able to reach a mutual agreement.

Emotional Intelligence is your ability to perceive your own emotions as well as the emotions of others; to understand the signals that emotions send, while at the same time being able to manage your own and others’ emotions. Can you see why EI/EQ really forms the foundation for any successful negotiation?

Refine the various traits of your emotional intelligence and you will certainly improve your negotiation skills as a leader.

Active listening is not just the ability to understand what your team member is saying (or perhaps ‘asking for’ in the case of a negotiation), but it’s also the intrinsic ability to pick up on the nuances of the unspoken word – what they might not be saying (or asking for), or what for whatever reason they may have intentionally chosen not to share with you.

Before wrapping up this post, I should explain why I consciously didn’t include a ‘resignation / counteroffer’ scenario above as one of the potential negotiation situations you might be faced with as a leader.

My reason (which might ruffle a few feathers) is quite simple really. I have always been of the belief that if someone resigns, then they have already made the decision not to be there, so (in my personal opinion) there is no point negotiating. Besides, the statistics show that between 50% – 75% of employees who accept a counteroffer will leave within 6-12 months anyway and I don’t view this as a win-win.

Remember, hellomonday can provide support to everyone in the organisation, reinforcing habits through curated learning and impactful coaching, and ideally helping leaders be suitably prepared when entering any negotiation. 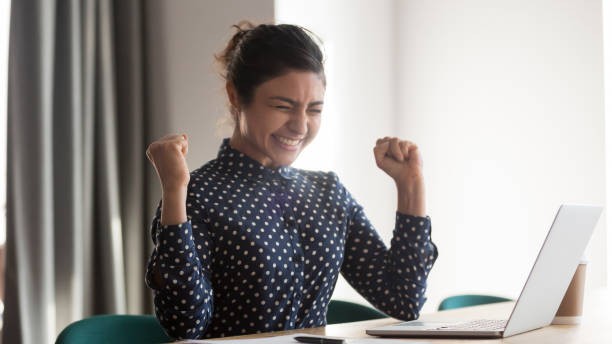 If a team member approaches you wanting a promotion, you need to consider if they're looking for a promotion, or new job entirely – one that may in fact only exist beyond the company walls.

Perfecting the art of transparent communication and collaboration

By encouraging transparent communication and collaboration, you will start to see a more productive and more engaged team.